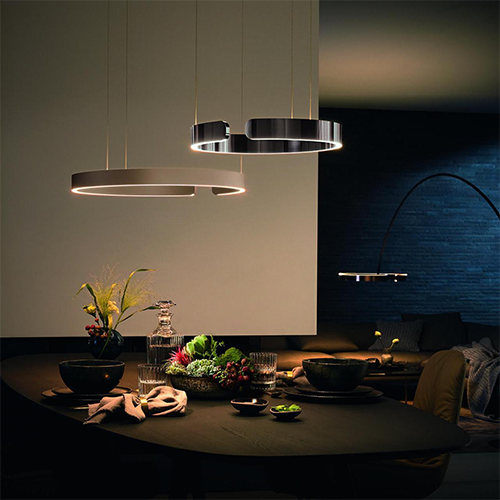 Occhio stands for outstanding design, unique lighting quality and 'joy of use' at the highest level – and thus for a new culture of light. Founded in 1999 by Axel Meise, the company started with an idea that was as simple as it was revolutionary: to create a lighting system that is consistent in design and lighting quality and that offers the optimal solution for every spatial requirement – thus allowing people to become the lighting designers of their living space. Consistent in design and lighting quality, Occhio connects rooms and makes it possible to design entire buildings with light of the highest quality – whether in the private or the business sector. Today, Occhio is one of the most innovative and fastest-growing companies and has developed from a German design icon to an international brand in the luxury segment. Headquartered in the heart of Munich, Occhio today employs over 240 people. It is sold throughout Europe through upscale lighting and furnishing retailers as well as through the company's own flagship stores in Munich, Cologne, Hamburg, Berlin, Copenhagen and Milan. Outside Europe, Occhio is growing dynamically, especially in the Asian market. The flagshipstore in Shanghai opened in January 2022.