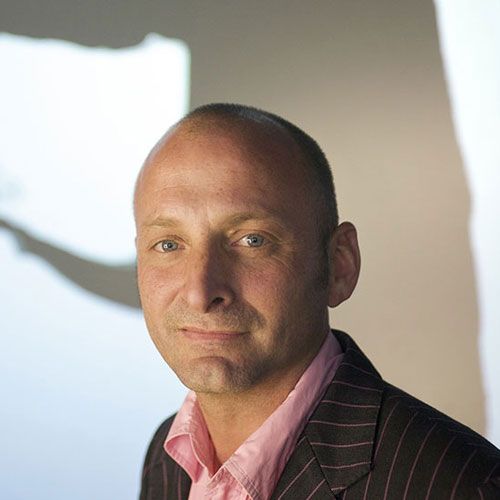 Creative Director of Ab Rogers Design, Ab Rogers Design
United Kingdom
Ab Rogers is a London-based designer known for a wide-ranging practice informed by his unique imagination. He founded Ab Rogers Design (ARD), in 2004 and it has since become an established studio specializing in the design of small spaces and for experiential design projects that are dynamic and rigorous, enriched with colour and narrative, while providing a high level of functionality and subtlety in design. A former cabinet maker and sailor, Ab Rogers obtained a Masters Degree from the Royal College of Art in 1996. Over the last two decades his work has focused on a diverse range of conceptual approaches to the interior from the liberation wasted and forgotten space and making use of dynamic, flexible materials to the use of sensation and movement to explore how spaces and people adapt to one another. Kitchen Rogers Design (founded with Shona Kitchen in 1998) sought to animate objects that are normally static and to bring life to spaces that are frequently lifeless. Major commissions included the Comme des Garçons store on rue du Faubourg St Honoré in Paris (FX International Interior Design Awards 2001 Winner – Best Store Design); the Al-Ostoura luxury department store in Kuwait City and the Michel Guillon flagship store on the Kings Road in London. From May 2012-June 2015, Ab was Head of Programme of Interior Design at the Royal College of Art, where he established a new interior design course for the institution. This followed extensive teaching at Leeds Metropolitan University, Design Product at the Royal College of Art, Parsons Institute of Design in New York, Strelka Institute for Media, Architecture and Design in Moscow and at the Eindhoven Design Academy, Netherlands.