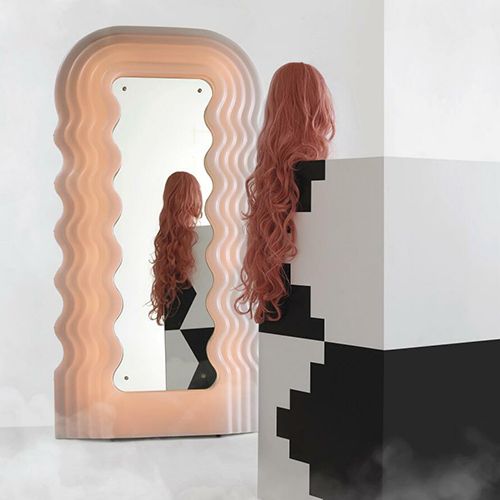 Ettore Sottsass jr. Ettore Sottsass jr. was born in Innsbruck in 1917, and graduated from the Turin Politecnico in 1939. In 1946, he started working with the magazine “Domus” and in 1947, he opened a professional office in Milan for architecture and design projects. In 1958, he became a consultant to Olivetti, where he won four Compasso d’Oro. Starting in 1967, for twenty years he was art director for Poltronova in Agliana, where, among other items, he created Mobili Grigi presented at Eurodomus in 1970, which included Ultrafragola. Poltronova would be the privileged place of encounter with the young Radical Vanguard, including Archizoom Associati, Superstudio, UFO, Gianni Pettena. Between 1978 and 1979, he partecipated in Studio Alchimia, founded by Alessandro and Adriana Guerriero, a first example of producer designers. In 1981, he founded the design workshop Memphis, and at the same time set up Sottsass Associati with Zanini, Thun, Cibic, Grawunder, who together made architecture all over the world. The 1990s were rich in international acknowledgement, including the appointment as Honorary Doctor at the London Royal College of Art [1996]. In the first years of the new century, he was called back by Roberta Meloni’s renowned Centro Studi Poltronova per il Design. In 2017, the centenary of his birth and the tenth anniversary of his death, fundamental shows were dedicated to him all over the world. Archizoom Associati This group, founded in Florence in 1966 by Andrea Branzi, Gilberto Corretti, Paolo Deganello and Massimo Morozzi, followed in 1968 by Dario and Lucia Bartolini, was one of the most authoritative voices of the whole radical architecture movement. Together with Superstudio, in 1966, they organised the show Superarchitettura. In 1968, they took part in the 14th Triennale with the Centro di Cospirazione Eclettica project; in 1972, they took part in the show Italy: The New Domestic Landscape at the New York MoMA, and in 1973 they founded Global Tools together with the main representatives of the radical area. Between 1966 and 1973, they made some provocative furniture for Poltronova, which opened the season of new design: the Superonda and Safari couches [1966—67], the Sanremo lamp [1968] and the Mies armchair [1969]. The Gazebo series was published in 1968 in the first issue of Ettore Sottsass jr’s magazine, “Pianeta Fresco”. Parallel to experimental work in the field of design, Archizoom carried out research on the city, the environment and mass culture which peaked in the great project for a No—Stop City. Theoretical research work by Archizoom addressed some themes of the radical movement, especially Branzi’s Radical Notes on “Casabella”. The group broke up in 1974. De Pas, D’Urbino, Lomazzi Studio De Pas, D’Urbino, Lomazzi was set up in 1966. The architect De Pas died in 1991. In the 1960s and ’70s, the studio focused especially on creating temporary furniture and architecture, featuring the use of advanced signs, materials and industrial technologies, for example pneumatic structures for the Milan Triennale, and took part, with works and installations, in many shows in this field. From the 1970—80s on, the studio has been making industrial and residential buildings, obtaining many awards and acknowledgements. Works by the three architects can be found in the design collections of several museums, including: the MoMA and the Brooklyn Museum in New York, the Victoria and Albert Museum in London, the Kunstgewerbemuseum in Berlin and Zurich, the Centre Pompidou in Paris, the Museo del Design of the Milan Triennale. Design work is accompanied by theoretical and cultural work: teaching at the Milan Politecnico University, from 1999 to 2008, and at the IUAV University in Venice since 2005. The archives of the studio, declared to be of especially important historic interest by the Ministry of Cultural Heritage and Activities, were donated in 2010 to the Centro di Alti Studi sulle Arti Visive of the Municipality of Milan. Il gioco e la regola was the title of the monographic show the Milan Triennale dedicated to the studio in 2012.