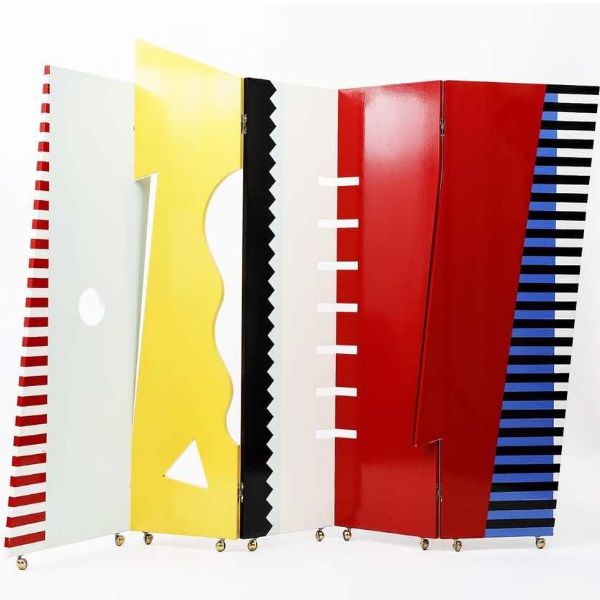 Dan Friedman (1945– July 6, 1995) was an American educator, graphic and furniture designer. He was a major contributor to the postmodern and new wave typography movements. In 1945, Dan Friedman was born in Cleveland, Ohio. He graduated from the Carnegie Institute of Technology. After that, he studied at the Ulm School of Design. There, he studied graphic design. He also studied at Schule für Gestaltung Basel. There, he studied under Wolfgang Weingart and Armin Hofmann. In 1969 he moved back to the United States. Upon returning to America, Friedman was senior designer at Anspach Grossman Portugal, from 1975 to 1977. For three years, from 1970–73, he taught at Yale University. From 1972-1975, he was the chairman of the board for the design department at State University of New York at Purchase. Friedman designed posters, letterheads, logos, and more, while working for Pentagram, from 1979 until 1984. Clients included Citibank and Williwear. He used found objects to create Day-Glo furniture. In 1982 he designed a book for his friend, Keith Haring. He did work for the Neotu Gallery. Starting in 1994 he was the Frank Stanton Professor of Graphic Design at the Cooper Union. His work is held in the collection of the Cooper-Hewitt, National Design Museum and the Museum of Modern Art. with Jeffrey Dietch, Steven Holt and Alessandro Mendini. Dan Friedman: Radical Modernism. New Haven: Yale University Press (1994). ISBN 0300058489. In 1994, Friedman offered this 12-point “radical modernist” agenda for life and work—as wise, optimistic and relevant as it was 26 years ago. 1. Live and work with passion and responsibility; have a sense of humor and fantasy. 2.Try to express personal, spiritual, and domestic values even if our culture continues to be dominated by corporate, marketing, and institutional values. 3.Choose to remain progressive; don’t be regressive. Find comfort in the past only if it expands insight into the future and not just for the sake of nostalgia. 4.Embrace the richness of all cultures; be inclusive instead of exclusive. 5.Think of your work as a significant element in the context of a more important, transcendental purpose. 6.Use your work to become advocates of projects for the public good. 7.Attempt to become a cultural provocateur; be a leader rather than a follower. 8. Engage in self-restraint; accept the challenge of working with reduced expectations and diminished resources. 9. Avoid getting stuck in corners, such as being a servant to increasing overhead careerism, or narrow points of view. 10.Bridge the boundaries that separate us from other creative professions and unexpected possibilities. 11.Use the new technologies, but don’t be seduced into thinking that they provide answers to fundamental questions. 12.Be radical.