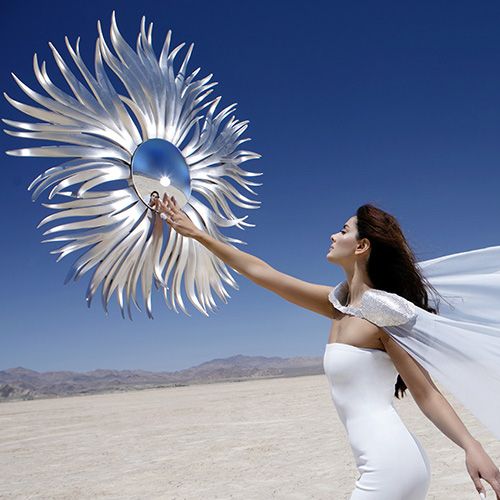 Christopher Guy Harrison was born in Britain, raised in Spain and France. Christopher's international background helped him viewed the world through a critically constructive eye that drew inspiration from everything he admired and transcended this into his designs. From an early age, Christopher was fascinated with elegance, which according to him is‘a form of beauty topped with icing'. It was at the tender age of 16, when he worked with his stepfather to embark on their first building project - their very own home in the South of France, which ignited the sparks of passion for design, with his stepfather as a key source of inspiration. Christopher's first creations were brought to life in the mid 90s when he set out to create the world's most fabulous and largest mirror frame collection under the name of Harrison & Gil. To produce this repertoire of beautiful pieces, Christopher purchased a parcel of land in Central Java, Indonesia and began designing and building his workshops and ateliers in 1999.